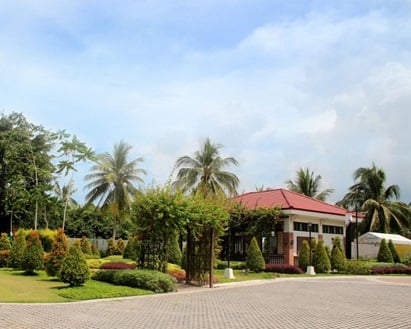 Koronadal City (also known as Marbel) was adjudged as the most business friendly city in Mindanao in 2006. This capital city of the province of South Cotabato was also picked as “The Most Competitive City” a year earlier by the Department of Trade and Industry. The Vista Land Company also picked this city to be the home of The Camella Cerritos Koronadal.

The Cerritos Koronadal is a Spanish-themed house and lot residential development primarily designed to cater to upper and middle-income families who want to indulge to a well-planned community that could nourish healthy family living and strengthen bonding among its members.

The site is located in Brgy. Carpenter Hill, Koronadal, South Cotabato and sits in 12.40 hectares of land nestled between two majestic mountain ranges: the Roxas and Quezon Mountain Ranges. The temperature is typically cooler most of the year compared to other areas near the city.

The landscape overlooking the city is mostly in lush vegetation and typical of a valley engulfing the site. The Cerritos lies near the Gensan Drive, a major road network accessing major destinations such as Gen. Santos City and Tacurong City. The village is reminiscent of a paradise surrounded by natural and man-made ingenuities energizing every occupant on its enclave. The houses are typically designed with the Camella Home Series and executed with Spanish-style sophistication.

The 7 house models are constructed mostly in 2-Storey Single-Firewall type. The unit size range from 53 to 166sqm of floor area while lot area range from 88 to 143sqm. There are 3-5 bedrooms, 2 T&B for all units, some with provision for maid’s quarter and balcony. Carport is provided for each house unit where backyard space is still adoptable for use as lawn or whatever the homeowner wants. This gated community has 24/7 security with perimeter fence for added security to homeowners.

The amenities are competitive with other property development such as basketball court, clubhouse, swimming pool, children’s playground, landscaped recreation area, play area for adults and young ones and so much more. Schools such as the University of the Philippines- School of Health and Sciences Koronadal Campus, Notre Dame- Siena School of Marbel, STI College Marbel, ACLC College of Marbel, RM Memorial College, Regency Polytechnic College and the Notre Dame of Marbel University- IBED are within the site’s close proximity.

It is also interesting to note that several commercial and entertainment centers abound within the Camella Cerritos Koronadal which includes the Gaisano Mall, KCC Mall of Marbel, Ace Centerpoint and City Mall Koronadal, among others.

Camella Homes Camella Cerritos Koronadal in Brgy. Carpenter Hill, Koronadal City, Philippines is a premier House & Lot project available for sale. If you're looking to rent or purchase Camella Cerritos Koronadal, then check here first. We have full details of Camella Cerritos Koronadal updated regularly as well as everything you need to know about the availing and booking process, broken down into stages that includes selecting a unit, choosing a payment plan and buying your dream home at the right price. For price list, free site tripping or showroom visit, personalized service, model house, unit plans, floor plans, payment terms, CHAT LIVE with an agent 24x7. Always only buy from PRC licensed Real Estate Brokers and Agents. 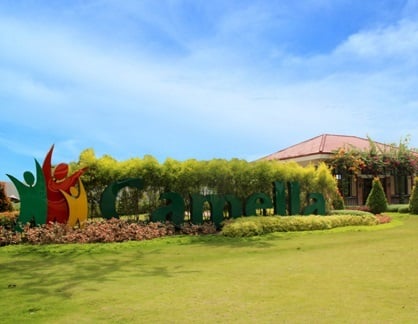